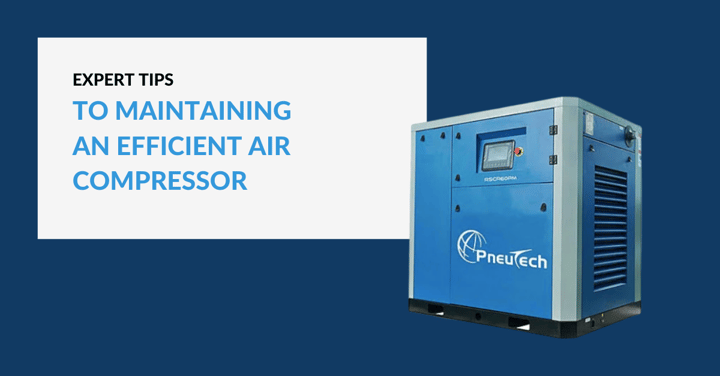 Why you can't afford an old air compressor

Maintaining the efficiency of a compressed air system is a constant battle, with leaks, lost efficiency, oil or water ingress and increasing power bills being a considerable source of the problem.

Compressed air systems consume 10% to 15% of all industrial electricity. And yet, compressed air is an inefficient form of energy – 90% of the input energy used is discharged as waste heat. This is not only costly from a sustainability standpoint – wasting energy means wasting money. Over a 10-year period, electricity costs make up 76% of a factory’s operating costs. In many cases, the electricity used by a compressed air system in a factory makes up the largest percentage of an increasingly expensive electricity bill.

In this blog we cover why it’s important to maintain the efficiency of your compressed air system and simple things you can do to plan ahead.

Save money with an efficient compressor system

Electricity in New Zealand might be sustainably sourced, with over 80% of it coming from sustainable sources, but it’s not cheap. In 2018 the Ministry for Business Innovation and Employment (MBIE) conducted a study into the country’s rising electricity prices. This was sparked (no pun intended) by the fact that electricity prices had risen faster than inflation for several years.

It found that residential electricity prices had risen by 48% since 2000, which was faster than most other OECD countries. Some regions pay more for their electricity than others with Auckland paying the least with average prices between $0.20 and $0.26 p/kWh, and Waikato paying the most at $0.22 and $0.30 p/kWh.

This means that having an efficient and effective air piping and compressor system can be saving you money before you’ve even factored in the reduced downtime of an older system that might require costly ongoing maintenance. 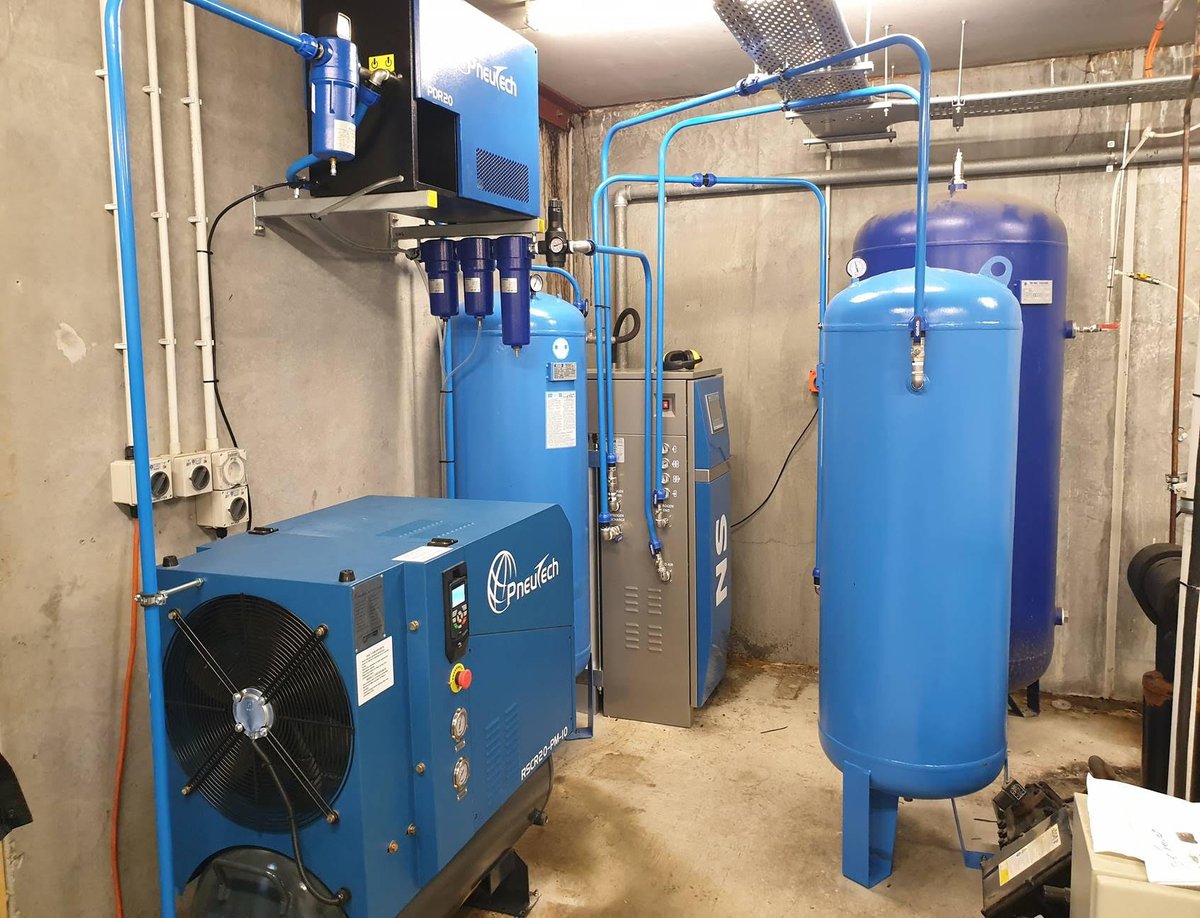 With an air compressor system, leaks are all too common; an average facility that has not properly maintained its compressed air system can lose 30 to 35% of the compressor’s output to leaks. If your facility has not recently evaluated its compressed air system, chances are that there are leaks. Leaks can also lead to fluctuating system pressure, decreasing the efficiency of tools and machinery and a reduction in the quality of work as a result.

If your facility has expanded in recent years, or upgraded parts of the air system on an ad-hoc basis, then there could be a ticking time bomb of issues as older components are put under increased pressure by newer equipment and increase airflow following leak repair. System vibration, for example, can affect the thread tape or sealant, resulting in a leak. Poor thread cuts can also lead to leaks. Attempting to fix leaks in threaded piping systems can create more work later down the track if not done to a sufficient standard.

Given the age and the number of leaks in many air systems, it may be best to start over. Creating a system in which all components are compatible and by using the latest technology available your business can run at optimum efficiency for a longer period of time. The cost savings achieved through the elimination of leaks could easily cover the material costs of the new system within a reasonable timeframe.

See how an effective shutdown maintenance cycle could benefit >

An old system not only bleeds cash in extra power bills but also in more frequent maintenance schedules, downtime and reworking jobs impacted by improperly functioning tools. When assessing whether you can afford a new air system it’s important to look at the overt costs (replacement parts and lost working hours) and the hidden costs (creeping inefficiency and degradation over time). It’s also important to look at the flow-on costs that might not be financial. Could your turnaround time be faster, as a business, with more effective tools? Would this enable you to increase capacity without hiring more people and take on more work? Would your competitor’s customers identify the difference in quality and switch to you?

When looking at whether you can afford a new air system, or regular maintenance on your existing system to keep it going as long as possible, the real question to ask is whether your business can afford to not focus on your air system.

From master maintenance programmes that have an expert analyse, assess and maintain your system to complete fitouts of new systems, the team at Industrial Air Systems can help you become more efficient, and save you money in the long-run.