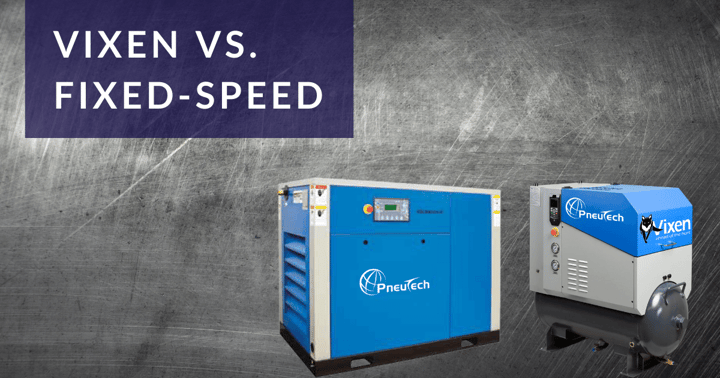 Purchasing a new industrial air compressor for your workshop or factory can be a big investment so you’ll want to make sure that the compressor you choose is not only the most efficient for your needs, but that it’s cost-effective too.

There are different types of compressors available that are designed for specific purposes and some will be more suited for your needs based on whether you need to use compressed air for short amounts of time, or around the clock. Rotary screw compressors such as fixed-speed and variable-speed compressors are both popular options for various reasons and each have their own benefits.

In this blog, we’ll look at the different types of air compressor technology available and the benefits they provide. We’ll also delve into two commonly used air compressors to see which is better – the Vixen variable-speed permanent magnet compressor or the conventional fixed-speed compressor.

Air compressors and their capabilities have been adapted to the way we work and there are now different types of air compressor technology available, that allow for this flexibility. There’s no longer a one size fits all and it’s no longer common to find only fixed-speed air compressors in a factory or workshop.

Here we look at the three most common types of air compressor technology.

When compared to fixed-speed compressors, air compressors that use variable-speed technology alter their speed and voltage to exactly match the amount of compressed air that you need.

Air compressors that operate using variable-speed drive technology can run from 25% right up to 100% capacity – a great choice for those businesses that aim to be energy efficient, and where their use of compressed air will fluctuate.

The development of permanent magnet motors has resulted in some of the most efficient air compressors on the market.

While traditional variable-speed compressors are a lot more efficient than fixed-speed compressors, the motor still runs even if the air is not being used. However, a highly-efficient permanent magnet motor can completely stop in as little as 60 seconds of no air use, potentially saving you up to 60% on compressed air power costs in your factory. 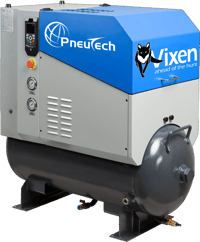 The Vixen by PneuTech is an example of an air compressor that uses variable-speed permanent magnet technology. It boasts the lowest lifetime costs when compared with equivalent models in today’s industry. The Vixen will only produce the air that you need which means significant energy savings for businesses whose compressed air demand varies throughout the day. No more wasted energy running a fixed-speed compressor all day!

The power savings that can be achieved have also been proven with our tests showing how efficiently the Vixen runs, when compared to a fixed-speed compressor like the Genesis.

The two graphs below show the difference between the energy cost of a 15kw PneuTech Vixen compressor and a standard 15kw fixed-speed compressor, with exactly the same air output. 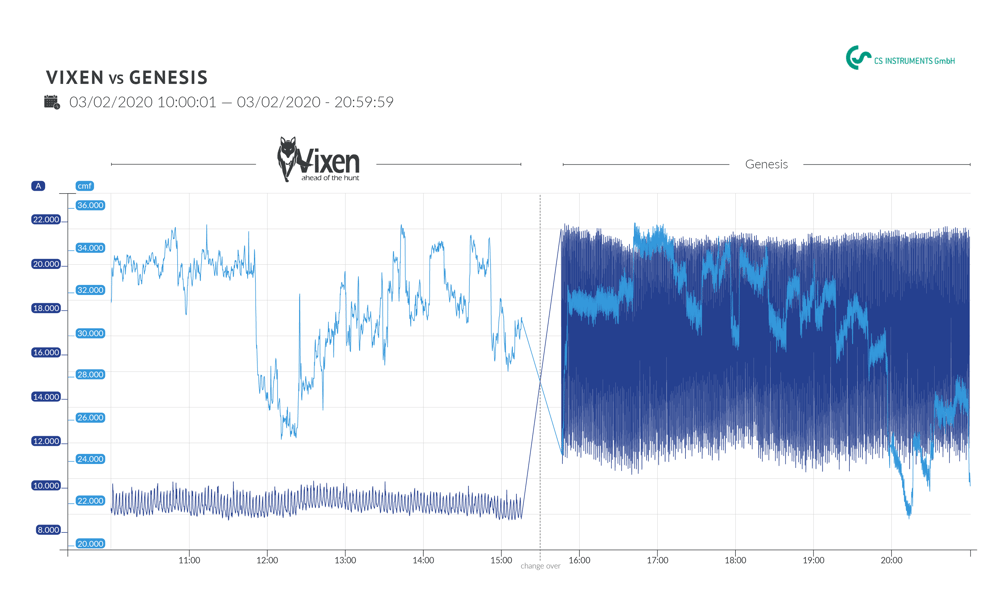 At almost half the current usage, the Vixen compressor was saving 8amps per hour. And at a typical electrical cost of $0.20/kw/hour, this meant that the Vixen was saving electricity costs of $1.60 per hour.

Over a standard 2,000 hour year (at 8 hours a day, 5 days a week), this equates to a $3,200 saving! When looking at a factory's utility costs, that saving can end up being quite significant.

As you have now seen, the Vixen compressor by PneuTech has the potential to save you thousands in energy costs per year. Other benefits to using this variable-speed permanent magnet air compressor include low maintenance, low noise, direct connection and unlimited motor start/stops.

For more information on this compressor system, we encourage you to visit the product page. Ready to try out the Vixen for yourself? Get in touch with our team here.