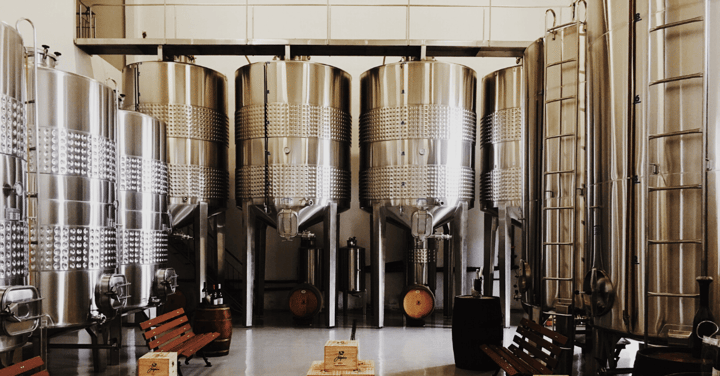 The benefits of on-site nitrogen generators for breweries

Beer has long been the drink of choice for many Kiwis over the years and this popularity only continues to increase with the rise of craft beer. While popping down to your local shops to pick up a beer or two is simple enough, the process behind producing beer is actually quite complex. Large steel tanks are used nowadays to produce high volumes of beer and high-tech automated systems are used to keep the whole operation ticking along in the background.

These types of systems for beer production can come with an expensive price tag however, recent advancements in technology which include the use of on-site nitrogen generation have seen brewers save impressive amounts of money throughout the brewing process.

Read on to find out more about the beer brewing process, and how nitrogen generation can result in significant cost-savings.

There are four stages to brewing beer which are malting, mashing, boiling and fermenting.

Why use nitrogen in the beer brewing process?

Nitrogen is commonly used throughout the beer brewing process. From purging tanks between uses to prevent contamination of the next batch of beer to pushing beer from one tank to another, there are some great practical uses for nitrogen throughout the brewing process. There are also many benefits to using on-site nitrogen generators for beer brewing, these include that less production time is wasted, less gas is wasted, and lower costs are involved.

If you have access to your own nitrogen on-site you can save a considerable amount of time during production. Breweries that rely on third-party suppliers for nitrogen can risk delays and even cancelled orders – this then risks having to halt production which could result in an eventual loss of profits. Having your own reliable supply of nitrogen on-site will ensure that you can stay focused on the job at hand, and will ensure that beer production isn’t halted.

For breweries without an on-site nitrogen generator, the only other option is to order in nitrogen in bulk supply. The downside of bulk supply is that the nitrogen won’t be used at once meaning the remaining nitrogen will sit in the tank unused, and may then expand. To avoid nitrogen expanding and the tank exploding from built-up pressure, some gas must be released from the tank. This will then result in wasted nitrogen, and money.

Having an industrial nitrogen generator on-site is significantly cheaper than ordering in bulk supplies of nitrogen. While the upfront cost of on-site nitrogen generation may seem expensive to begin with, the money that the brewery will save in the long run will more than make up for the initial cost. Most breweries can expect to see a return on their investment between 18 to 24 months after startup, depending on the amount of nitrogen they use and the cost they paid for the generator.

Carbon dioxide is frequently used to transfer products between vessels. Switching to nitrogen from carbon dioxide is cost-effective as it will help to reduce gas requirements by up to 70%. This is quite a significant benefit as many businesses are looking at ways in which they can reduce their environmental footprint – using nitrogen instead will help to do just that. 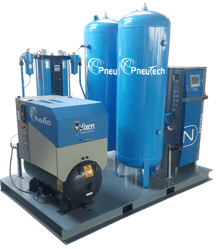 If you’re wanting to save time, cut down on costs, and reduce waste in your brewery then you can’t go past an on-site nitrogen generator! Reliable and with no wait times, having access to nitrogen on site, will help you to save on operating costs while reducing the chance of production delays.

Available in a number of different packages, the PneuTech range of generators are a relatively low-cost investment and also have low operating costs – perfect for industrial environments. To keep your nitrogen generator running at peak efficiency it all comes down to some simple maintenance and maintaining the compressed air treatment package upstream.

Here at Industrial Air Systems we can provide you with a nitrogen generator that’s perfect for your brewery and with regular maintenance, we can ensure you get years of use out of this investment.

Get in touch with our team today to find out more about the PneuTech range of generators, and to see which nitrogen generation package will work best for you.